In some contexts, any sexual activity before marriage is highly stigmatized and early marriage is understood as a means of preventing pre-marital sex and pregnancy. In such settings, engaging in sexual activity outside of marriage damages a girl’s reputation to the point that she is considered an undesirable spouse even for the person with whom she engaged in the sexual activity. In some such settings, respondents in qualitative studies have suggested that if a boy has sex with a girl and impregnates her, the community will encourage the boy not to marry her because she failed to preserve her virginity before marriage, which is seen as a reflection of the girl’s poor character and as an indicator that she will not make a suitable wife.

In other settings, however, pre-marital sexual activity is more normalised, and it is pregnancy itself, rather than the threat of sex and pregnancy, that serves as a pathway to child marriage. In such contexts, parents appear to be less restrictive regarding the sexual behaviour of their daughters and romantic or sexual relationships among adolescents are more accepted. In instances of pre-marital pregnancy, girls are usually expected to marry the person who impregnated them in order to preserve their family honour and to secure their children’s financial future.

Premarital pregnancy may also lead to early marriages when girls become pregnant through engagement in transactional sex. The term “transactional sex” may refer to a wide range of behaviours, from the exchange of gifts for sexual favours within romantic relationships to formal commercial sex work. In some contexts, it is widely recognized that adolescent girls engage in transactional sex. In instances where transactional sex results in pregnancy, the community encourages marriage so that the child will be born and financially supported within marriage.

Where sexual initiation commonly precedes marriage, links between pre-marital pregnancy and child marriage play out differently in different contexts. This page explores differences and similarities related to social norms and the timing of sexual activity, pregnancy, marriage and child-bearing across settings where girls more commonly engage in sex before marriage. 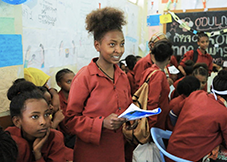 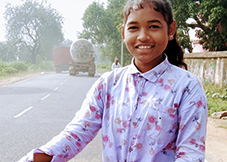