Gender inequity as the primary driver of child marriage

Despite its harmful impacts on the health and well-being of girls, women, and communities, the practice of child marriage—or marriage before age 18—remains common in many areas of the world. Child marriage is driven by a wide range of compounding factors that operate on multiple levels simultaneously.

At the societal level, child marriage can be underpinned by:

At the community level, social norms dictate what roles are acceptable for girls and women to carry out, pressuring girls to marry early to avoid premarital sex or pregnancy, secure their financial well-being, and assume respected roles as wives and mothers within their marital homes.
Structural factors hinder girls and women from accessing educational and economic opportunities needed to secure more independent livelihoods. Also, legal frameworks reinforce unequal power structures that maintain women’s dependence on men. In resource-scarce environments, parents may

need to make household-level choices about which children to prioritise for educational investment, and girls’ education often suffers as a result (Parsons et al., 2015).

On an individual level, girls may have internalised norms about the desirability of early marriage and child-bearing, or they may view early marriage as a way of meeting their material needs while gaining community. Other girls may not wish to marry as adolescents but perhaps lack the confidence, self-efficacy, or the right to speak out against their parents or other influential community members’ wishes.

At the root of each of these forces lies gender inequity. Gender inequality drives differential access to resources and opportunities, leading to child marriage for too many girls. External shocks brought about by violent conflict or environmental catastrophes exacerbate poverty and gender inequality at many levels. This, in turn, has the negative knock-on effect of child marriage (Girls Not Brides, 2016; Schlecht, 2016).

While child marriage is fundamentally a gender equity issue, the ways that beliefs and norms related to girls’ sexuality drive the practice vary widely from one setting to the next. The More Than Brides Alliance learning project examines similarities and differences in how beliefs, fears, and anxieties related to girls’ sexuality lead to child marriage across contexts.

Premarital sex and pregnancy
In many settings, especially for girls, premarital sex is highly stigmatised. Fear that one’s daughter might engage in premarital sex and/or become pregnant out of wedlock is among the most powerful drivers of child marriage. Parents aim to have their daughters married before their first sexual experiences. As a result, early marriage is often considered a protective factor against premarital pregnancy that results in shame or insecurity, which may influence girls’ future marriage prospects or ‘marriageability’.

Where child marriage is prevalent and premarital sex is more common and socially acceptable, child-bearing is still expected to occur exclusively within marriage. In these contexts, when an adolescent girl becomes pregnant, this pregnancy results in child marriage. The girl is expected to marry the man or boy who impregnated her, ensuring that her child will be born and raised within marriage. In other words, in places where premarital sex is common, falling pregnant from such relationships is frequently cited as the main reason for child marriage.

Of course, sex and pregnancy may also occur outside of romantic relationships. However, the result is similar, given the expectation that one marries the sexual partner who impregnates them. In some contexts, transactional sex—which describes a wide range of behaviours ranging from the exchange of sex for gifts to formal commercial sex work—is common among adolescent girls. When this leads to pregnancy, this too results in child marriage. Even when pregnancies occur due to rape, child marriage often occurs as girls are forced to marry the person who assaulted them.

Fear of physical and sexual violence
Research demonstrates that in many settings, the threat and/or fear of physical and sexual violence is another major driver of child marriage. In these contexts, the physical changes girls undergo at puberty provoke fear and anxiety that girls are now at increased risk of unwanted sexual attention, assault, or rape. As a result, parents take precautionary measures and have their adolescent daughters married to ensure they will not be the target of sexual violence. Here, parents see marriage as a means of protecting their daughters’ sexual security.

Virginity, honour, and marriageability
Even in instances involving coercion or violence, premarital sex remains strictly counter-normative for girls in many settings. It is closely tied to the girl and her family’s honour. When a girl’s virginity before marriage affects her reputation and family honour, parents may seek out early marriage to protect against the possibility that their daughter might engage in sexual activity and bring shame to the family. This is particularly true if others perceive the girl’s physical appearance or behaviour to be provocative or promiscuous.
In places where adolescent girls’ livelihoods are secured primarily through marriage, a girl’s virginity takes on an economic value. Here, sexual behaviour is viewed as decreasing a girl’s future marriageability. Girls who have already engaged in sexual behaviour may have more difficulty finding a spouse their families consider suitable, may attract a lower bride price, or be obligated to pay a higher dowry to their husbands’ families. As a result, parents may feel pressured to have their daughters married sooner than later to ensure: their virginity at the time of marriage; to maximise their ‘value’ on the marriage market; and to minimise the household costs of marriage.

Fertility and social norms
In many contexts, social norms promoting high fertility create additional pressure, connecting adolescent girls’ sexuality to child marriage. Especially in places where sex occurs almost exclusively within marriage, the desire to maximise girls’ fertility after puberty can drive early marriage. In some places, the desire to marry and demonstrate one’s fertility to one’s peers and the community underpins support for child marriage among girls and the community at large (Adjamagbo-Johnson, 2017).

In recent years, the elimination of child marriage has been prioritised by policymakers and practitioners. However, significant challenges remain. A rigorous review of recent child marriage programmes illustrates that such programmes often target drivers of child marriage through one or more economic, educational, community-based, and empowerment-related components (Chae & Ngo, 2017).

While some programmes demonstrate impact in decreasing child marriage—particularly interventions that include an empowerment approach (Chae & Ngo, 2017)—many remain unable to significantly increase the age of marriage for girls. Although issues of gender and sexuality are increasingly recognised as central in shaping opportunities for girls at risk of child marriage (Greene et al., 2018), significant barriers exist in engaging with sexuality-related topics in practice.

In some cases, implementers may struggle to translate conceptual links between adolescent sexuality and child marriage into concrete programme strategies. Implementers also report that often parents do not consider sexuality-related content to be appropriate for involving their children. Furthermore, social taboos, political and religious opposition, and other cultural barriers limit what topics programmes can to effectively address. Deeply entrenched patriarchal social norms remain a substantial hurdle on multiple levels. MTBA believes that to truly impact delaying marriage for girls, programmes must find ways to engage communities in difficult conversations related to gender inequality and the control of female sexuality.

This website aims to explore various pathways connecting sexuality to child marriage, highlight the programmatic challenges involved with each pathway, and generate recommendations for effectively integrating content on sexuality-related drivers of child marriage into diverse programmes striving to delay marriage, empower girls, and decrease gender inequities. The information presented on this website was developed based on different learning and exchange methods such as: 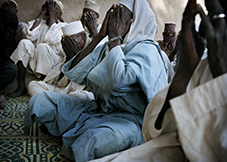 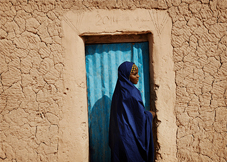 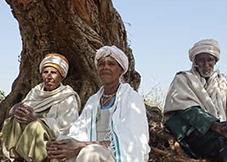