One of the strategies The More than Brides Alliance uses is Edutainment short for entertainment-education. Edutainment uses popular culture and mass media to challenge existing norms and attitudes around topics such as child marriage, violence against women and sexual reproductive health and rights. Theatre performances, radio debates and mobile film screenings were already part of our strategy, effectively sparking dialogues on these issues in many communities in Pakistan, Mali, Malawi and Niger. 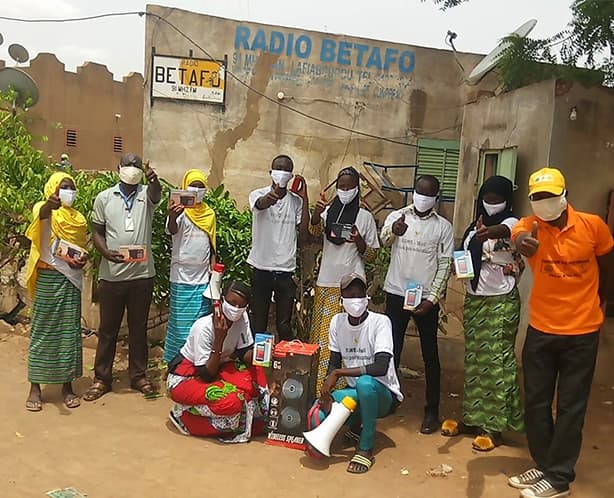 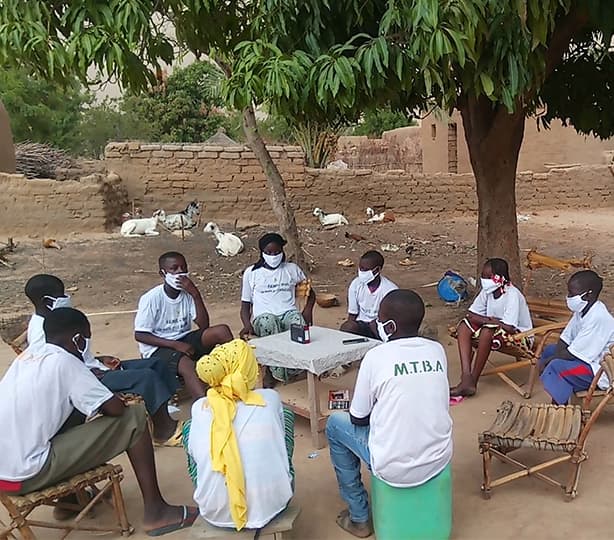 To even further deepen the impact of this strategy MTBA partners Oxfam,, SORO, WALE and FAWE together with RAES are now jointly launching the ‘C’est la vie!’ radio campaign.  The 31 episodes of the ‘C’est la vie! radio soap opera will be broadcast on the radio stations Al Bayane in Segou, Radio Saniya in Sebougou, Radio Etafo in San and Radio Bendougou in Bla in Mali for 3 months from 30 May 2020.  To ensure and support the impact of the health messages contained in the series, the awareness campaign includes social mobilization activities in the region where the soap opera will be broadcast. 30 listening groups,  composed of 150 girls and 150 boys (in and out of school peer educators and members of girls’ groups) and women and men members of the different grassroots structures (GALS women’s group and the Saving Groups), are organized during the broadcast. The listening groups, a safe space to discuss, will each time engage on different topics prompted by the series. Next to that we organise radio debates connected to the episodes of ‘C’est la vie!’ radio drama, engaging young people and especially girls on the topics of the series.

Dialogues in times of COVID

Radio itself is a safe and effective mechanism to spread information in times of COVID, so the series provide an excellent opportunity for effectively continuing MTBA’s activities. We are making use of the opportunity to also distribute infomercials around COVID and context specific health measures to be taken. Also, all activity organisers, the mobilisers and youth leaders are provided with COVID hygiene kits, mobile phones and sim cards to ensure girls, boys and their communities can connect on the topic, ask questions and raise their voice on their own issues. 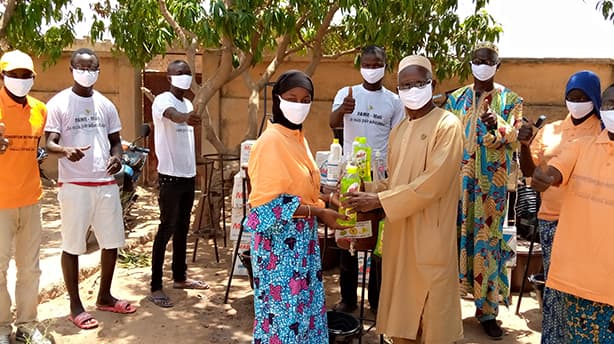 Produced by Sebegal based organization RAES in French and in vernacular languages ​​(Bambara, Hausa, Wolof), the radio drama C’est la vie ! is an adaptation of seasons 1 and 2 of the television series and forms a key component of the C’est La Vie (CLV )campaign. Combining tradition and modernity, it takes up the codes of an ancestral tradition of West Africa – storytelling and orality – to reach populations up to the “last mile”.

C’est la vie radio drama immerses listeners in the sound universe of the Ratanga health center where the evolution of the characters, over the episodes, promotes awareness on issues related to sexuality, maternity or gender based violence. No heavy sermons here but passionating stories that give food for thought and characters that lead listeners in their wake.

Adapted to international broadcasting standards, C’est la vie ! is broadcast both on Radio France Internationale (5 million listeners per episode) and on community radios.

C’est la Vie is a unique 360° communication campaign in Western Africa combining continental scale with community projects in nine countries. (Côte d’Ivoire, Mali, Burkina Faso, Niger, Togo, Benin, Chad, Guinea and Senegal),  The campaign’s primary goal is to provide access to a broad range of information to promote women empowerment, and behavioral and social change in relation to sexual and reproductive health and rights and gender based violence.